Children desperately want their parents to understand, feel acutely or change something. 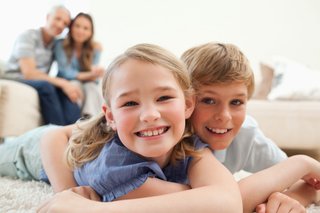 The PresentChild method ensures that parents are affected deeply by their child’s message.

The love between parents and their children does the rest.

A number of examples:

"She's snotty, chock-a-block," said mother, "and she also struggles with bad dreams about witches and spectres’. She calls me to chase them away." When asked if she was ‘chock-a-block’ mother unhesitatingly answers that het life is full of various activities she is undertaking so that she can be a better mother. "The strange thing," she says, "is that I'm always so feverishly busy doing so". (!)

It's mother's spectre that she is not a good mother, that needs chasing away. The message struck home with mother and she immediately deleted appointments from her diary. Without any further treatment Jet’s unexplained fevers disappeared and did not return.

[J1]Called Meg in the book

Ruben has PDD-NOS (an autistic spectrum disorder), has tics, poor concentration and is easily tired and over-stimulated.

Rubens mother works in education and has tried every trick in the book to help Ruben. Because of this the situation was manageable. After the application of the PresentChild method she said, "I lived up to every expectation but lacked the capacity for deep mutual contact, especially with myself (autism is a problem with contact reciprocity). I was a dutiful robot, a zombie and always tired. After she was able to make the necessary changes in this regard, Ruben inproved more than anyone could have expected. He is now a strong pupil, is able to concentrate. He sleeps well, the tics have largely disappeared, and his motor skills have improved greatly. He scored 35 points higher on an IQ test and his development continues in leaps and bounds. Special education is no longer necessary.

Cindy talks about her twelve year old son Jasper: "The problem is that he does not seem to be on the same wavelength as us. When we are talking about a particular subject at table, he will suddenly interrupt with a story that has nothing to do with whatever we are discussing."

She gives the example of when he blurted out, "Hey Mom, do you remember the man back then who left in a yellow car to …?” On translation of this example a penny dropped for mother: "It's about my father! When I was a very little girl he got TB. The only image I have of him is him getting into the car and leaving. He died in the TB clinic."

"After that," she continued, "I became a good, quiet child, my grief was not important. My mother had so much on her mind. I stopped sharing my feelings.” She was deeply moved by the message her son had given her. It allowed her access to the unexpressed grief that was troubling her subconsciously. This proved to be the beginning of a significant change in both their lives".

Once upon a time there was ... a very sensitive little boy of two, often seriously ill, on the brink of death with numerous hospital visits. He had difficulty tolerating foodstuffs. He was a constant concern, lying apathetically in his crib. The first task for the parents was to discover what feelings were 'apathetic' in them; a great many it turned out. They felt nothing, were relieved to make it through each day. "I am a Monday morning person," said Mother.

Their first task was to stop everything, to be still (like the boy in his crib), to focus their attention on feeling what that was like. They noticed that their son became a little more active and awake, began to follow his impulses. I asked them to follow their natural impulses as well. That was a difficult task, trying to distinguish these from ingrained habits.

The boy helped them with this, his vitality returned and he began to play. He played with garbage trucks all day. What was rubbish in their lives and had to go and what did not need to be put out on the street? He showed them exactly. It helped the parents to carry out the big inner spring clean in a playful manner. Old beliefs that were preventing them from following their impulses could be discarded ... by the truck load! With great admiration I watched as both parents took on their tasks, each and every day, driven by their love for their child. A love which he had shown for them.

Gradually he shifted his play, changed from garbage trucks to offering food around, food for animals, for people, for mom and dad and grandma. He also began to enjoy having people read fairy tales and Bible stories to him; he could not get enough of them, wanted to hear them over and over. Stories about hope and transformation, wisdom and love; stories in which ‘everyone lived happily ever after’. That was what he wanted for himself and for his parents. I translated the stories he showed an interest in and they immediately hit home!

Naturally, after being ill for so long the boy lagged behind in his development. He was tested and the advice was to send him to a medical daycare center. I discussed this with the parents and posed the question, "Is this child 'defective' or has he been perfect all along, simply by being the way he was, at each step of the way?" He went to  the medical daycare for a short period  but it soon became apparent that his IQ was double what had been previously measured; a normal value. When he was four he went to the ‘normal' school.

Two years of intensive support and hard work followed for the parents, with amazing results. Life smiled down on them all again. Mother said: "Of course I always loved him, but now my love is much deeper; he is my ‘everything’... He has brought life back into our lives".

Blown out of my socks

A father relates: “My daughter was destructive and kept trying to run away. We lived apart and our relationship was superficial. Her behaviour was a huge problem at school too. She would not accept help and I was very worried about her. Then I discovered that I could help my child by going to a PresentChild translator, without her even being there! I was sceptical but desperate. This felt like the last straw to clutch at but it turned out to be a life raft. It delivered so much more that I had expected. The intake was intensive and opened up a sea of emotions but I still had no idea how this could help my child.

I was blown right out of my socks a few minutes into the feedback session! I became aware for the first time of the magical bond that exists between father and child even when concat is scarce. If you think that your life does not influence your child, think again. My influence is as great as it would be if I saw her every day; everything I think and certainly everything I do has bearing on her. This can also work positively. The sessions were amazing and the message heartfelt.

My daughter now lives with me. This change happened a few weeks after the PresentChild session, when her mother asked if she could stay with me for a while…a huge turnaround! Being able to take care of her has been wonderful. The biggest change for me has been my awareness of my actions. I can keep applying the method to everything that happens in relation to my kids.

I paid another visit to the PresentChild translator to loook into why things between my youngest daughter and myself were not going smoothly. In a few short translated sentences it became clear how my own process was standing in the way of our relationship. Once I took that message to heart it took only a week for things to improve between us…amazing!

When and for whom Find a translator Buy the book